Driving to the United Kingdom

I would recommend taking your own car especially, if you need to take to the United Kingdom larger volume of goods that you would not take by bus či by plane. At the same time, it is better for you, if you don’t want to be limited by time (bus and train), stops on the way or would like to visit interesting places and local specialities.

Driving in the UK – tips

Bear in mind that the speed limit is the maximum meaning that if you drive with that speed, you might not drive safely. It always depends on the weather conditions, the traffic or state of the road.

If you want to drive a car in the UK, you need one of the following documents:

Changing the European driving licence for the British one

Currently, the EU citizens might use their valid driving licence from the European Union. This practice is possible until 70 years of age.

If you are older than 68, you might still use your European driving licence for the next three years until you become a resident that means living in the UK for more than 183 days.

You might ask for the change even earlier, for example due to the following reasons:

Online order from the DVLA (Driving and Vehicle Licensing Agency) form that might concern you:

Alternatively, you may choose any other that might suit you. Simply, you fill in your name, surname, British address and check the respective column that you need. You should get the specific form within 7 working days, since the moment you send the request. Then, you fill in the application and send to the given address together with your EU driving licence and a fee of £43. If everything goes well, you get your British driving licence in three weeks.

Parking in the UK

The parking might be sometimes very complicated. You come across many regulations and differences from your home country. It is occasionally difficult to understand, why it is not possible to park your car there. The traffic wardens check the violations of the parking regulations and the given fee are usually very high.

Private parking or parkings (free spots) for residents, can be found almost everywhere and in many places of your place of living. Based on that fact, it is possible to regulate the parking situation and allow the local people to find a place to park the car. Places are reserved for the card holders who are living in the surroundings .

You can often park in the area after 18:00 (and during the weekends) and the whole day. The restrictions are often very different and it is worth verifying their validity (at the beginning and end of the street).
If your car is parked against the law, you always get a fine, sometimes the car might be even towed away.

Either a single, or double yellow line and the red line (lines) mark, where you can and cannot park.

Car park is a perfect alternative to the parking at the street (very often guarded) and you can find thousands of them all around the UK. Sometimes, it is possible to park for free, but in majority of cases you need to pay. The fees differ according to the location and time.

Car parks tend to be located in front of railway stations, airports, supermarkets or simply where they are necessary. Parking at the car park belonging to a specific company (shop, firm or warehouse) is conditioned by the fact that you must be a customer of the company.
At majority of the parkings, you can also find time period, when it is allowed to park cars there.

In front of the car park, you can normally find a table with instructions and fees. The rules and usually the same as in the Czech Republic and other European countries, you pay for every new hour at the moment, until you leave the parking.

If you park your car at places that you don’t know, it is worth to look for guarded parking. Obviously, you should not leave anything valuable inside of the car. The burglars are everywhere.

Driving and parking in London

If you are driving through London, you will probably have to pay the so-called Congestion Zone Charge.
It is a daily tariff for the driving in the centre of London (7:00 – 18:00, Monday to Friday, except for the bank holidays). It is due to the traffic and tax purposes, money goes into the development of public transport in London.

You cannot find any specific barriers or toll gates, when you come to the Congestion Zone. You don’t need any specific permissions. All zones are monitored by the CCTV system of cameras that records the car numbers. The CCTV can recognise, which types of cars are charged and differentiate between the British, European and other car numbers.

These zones can be found in the city centre of London and the rules are valid from 7:00 to 18:00, Monday to Friday. London is free of charge during the weekends.

Finally, in London you can find different routes that you can follow without fees and legally. These routes are marked by traffic signs and directions. 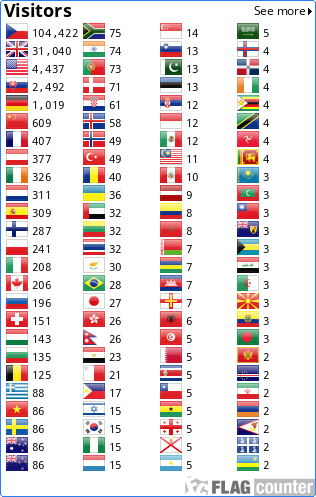